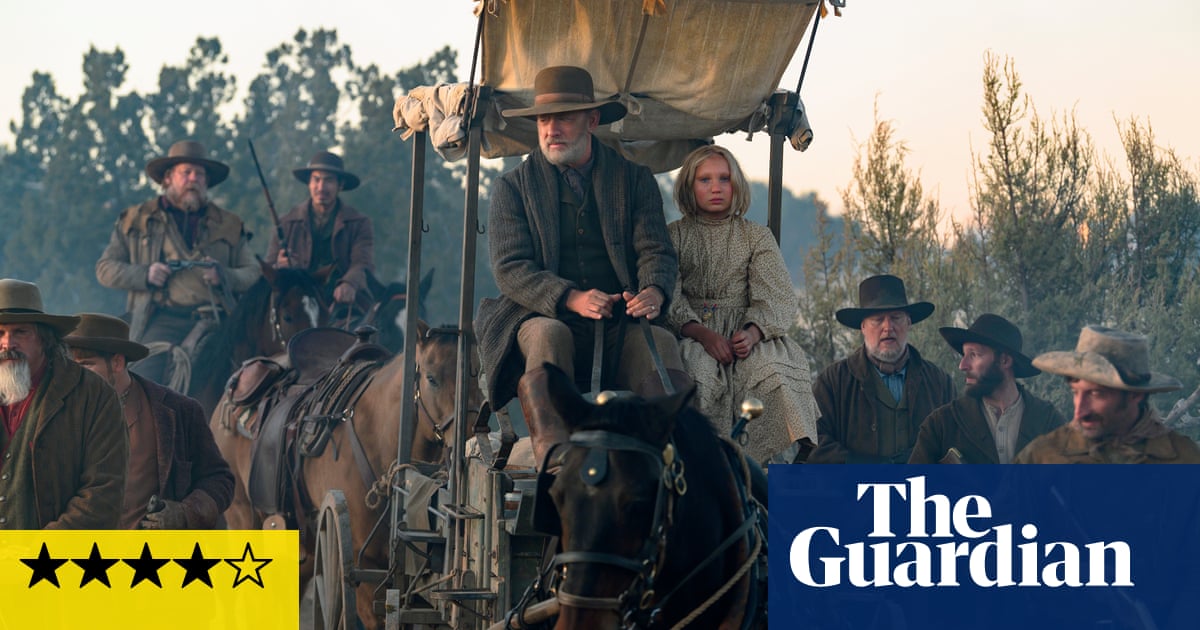 “I ain’t never heard of newsreading as a business before.” So says a wide-eyed Fred Hechinger in writer-director Paul Greengrass’s visually expansive yet oddly intimate adaptation of Paulette Jiles’s 2016 novel – a hybrid western that comes on like The Searchers or True Grit bizarrely crossed with Broadcast News. The setting might be post-civil war north Texas, but there’s no mistaking the modern-day parallels as Tom Hanks travels the land, dramatically reading down-to-earth stories from a selection of newspapers and journals.

With his avuncular manner and steadfast trustworthiness, he’s an 1870s Walter Cronkite on a horse, spreading the good word with a touch of theatre. Yet this show is almost stolen from Hanks by young German actor Helena Zengel, a mesmerising screen presence who made such an impact in Nora Fingscheidt’s System Crasher, and who here confirms herself as a star in the making.