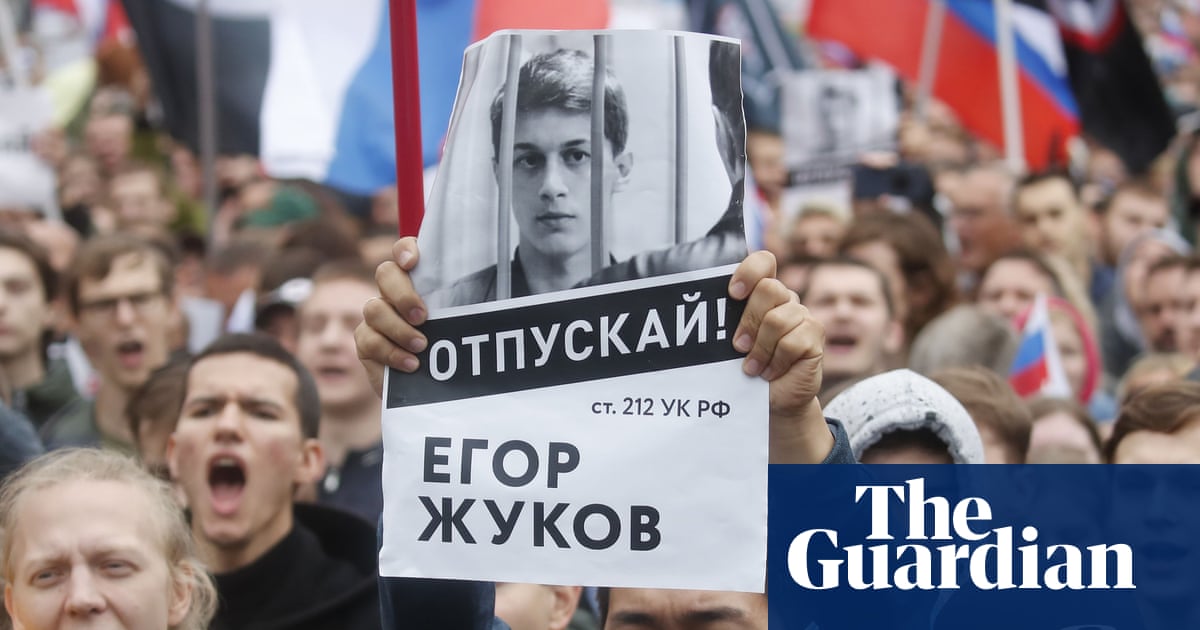 The young face of Moscow’s protests, a 21-year-old libertarian with 123,000 followers on YouTube, appeared in court on a television screen this week.

Yegor Zhukov, a political science student at Russia’s prestigious Higher School of Economics, faces eight years in prison over controversial “mass unrest” charges. The Kremlin’s critics think the charges are a scare tactic to crush Russia’s largest protests in years, set to continue for their fourth weekend on Saturday.