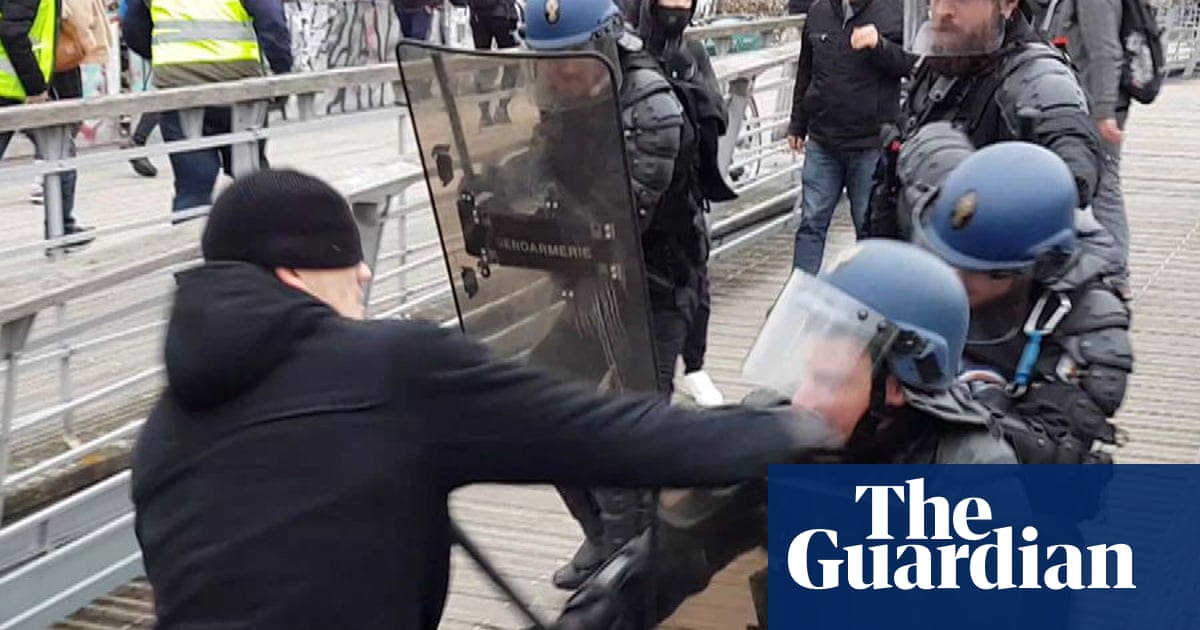 A former French light-heavyweight champion who punched and kicked a police officer during a gilets jaunes (yellow vests) protest in Paris has been given a one-year prison term.

Christophe Dettinger was caught on camera on 5 January throwing a flurry of punches at an officer during clashes on a footbridge over the River Seine.